Fairtrade, defined simply, is when producers in developing countries are paid a fair price for their work, by companies in developed countries.

It’s when the price we pay for products gives enough to producers for them to afford life’s essentials – like food, education and healthcare.

Fairtrade was created as an alternative way of doing trade. It is based on partnership, which means that the interests of farmers and workers are just as important as other commercial considerations. It also represents a solution to poverty and a model for development.

If you want to see Fairtrade in action, take a look at traidcraftshop.co.uk

Scotland is only the second nation after Wales to achieve this status.  While we have much to celebrate, work must continue to keep the positive momentum to further embed Fairtrade values among the entire Scottish population and across all sectors of society.

Our commitment to Fairtrade is drawn from Scotland’s resolve to challenge global poverty and its recognition for the need for fairness in international trading to preserve the dignity and rights of producers overseas. As such, the Scottish Government has been an instrumental supporter of the Fairtrade Nation campaign and provides core funding to the Scottish Fair Trade Forum.

This article is drawn from the Scottish Fair Trade Forum website.

“Fairtrade addresses the injustices of conventional trade, which traditionally discriminates
against the producers from low income countries” – Fairtrade Foundation

Heidi Chow of Jubilee Debt Campaign says: “Our fight for debt justice is inextricably connected with our fight for racial justice, health justice, and climate justice.” 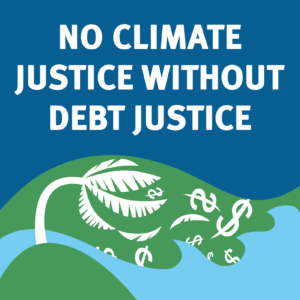 “Lasting solutions to the debt and climate crises are clear: A fundamental starting point is that the peoples of the global South contributed the least to both the debt and climate crises, and yet bear its enslaving and far-reaching consequences. It is only just that those who have the biggest share of responsibility for these problems, those who generated and accumulated wealth in the process, are those primarily obligated to address these problems. It’s a legacy of colonisation that continues to this day … Financial debt payments being collected from us are miniscule compared to the climate debt and ecological debt owed to the South. A climate debt is owed to the South. We are demanding this not as charity but as justice, in the form of restitution and reparations from those who historically are responsible for starting climate change…” – Mae Buenaventura, Asian People’s Movement for Debt and Development. 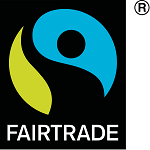 Choosing Fairtrade means standing with farmers for fairness and equality, against some of the biggest challenges the world faces.

What is Fair Trade?

Fair Trade is a partnership between consumers and producers.

Many of the products that we buy in supermarkets or shops are grown or produced by people who are not paid a fair price for their work and produce and as a result are forced to live in poverty. The Fair Trade movement was set up to ensure they are paid a fair price, and to offer producers an opportunity to participate in global markets without exploitation.

What is the difference between Fairtrade and Fair Trade?

‘Fairtrade’ refers to the mark or certification label given by the Fairtrade Foundation (in the UK) to products they can verify as adhering to their standards. The standards are overseen globally by Fairtrade International.

‘Fair Trade’ is also used often to refer to the wider Fair Trade movement to secure better prices, decent working conditions, local sustainability and fair terms of trade for farmers and workers in the developing world. So, ‘Fair Trade’ can be used when referring to specific products with the WFTO verification and the wider movement in general.

‘fair trade’ is a broader term that refers to the general act of buying, selling or exchanging commodities in a way that is fair. It doesn’t necessarily imply the strict standards of Fair Trade.

‘fairly traded’ refers to products that have been fairly traded but currently do not have verification by either FLO or WFTO.

What are Fairtrade International's standards?

The familiar blue and green Fairtrade mark is the most common certification scheme for Fair Trade products in the UK. Its standards are set by Fairtrade International (of which the Fairtrade Foundation is the UK representative), and all products bearing this mark will have been judged to have met these standards. Traditionally, the Fairtrade mark has been awarded to commodity products, although that is now starting to change with the introduction of Fairtrade-certified footballs.

In summary the key objectives of the standards are to:

What is the Fairtrade minimum price?

How many Fair Trade products are there?

When you see the words ‘Fair Trade’, you may think of bananas and coffee, but in fact there are over 4,500 Fair Trade products on the market. For example, did you know that you can buy Fair Trade ice cream, footballs, beauty products, even Fair Trade and Fairly mined gold? And in recent years, there has been a big increase in sales of Fair Trade cotton goods, supporting a crucial cash crop in many developing countries.

The Fairtrade Foundation website has an extensive section on the sorts of Fairtrade products you can buy, where you can buy them from, and the difference buying Fairtrade makes to producers all over the world.

How popular are Fairtrade products in the UK?

According to the Fairtrade Foundation there are over 4,500 Fairtrade certified products. In 2011, UK consumers have spent over £1.2billion on Fairtrade-certified goods, a rise in consumption by 12% from the previous year. For more information see this press release and figures for individual countries from Fairtrade International.

What percentage of profits do producers receive from the sale of Fairtrade-certified products?

Producers are guaranteed a minimum price on their product regardless of fluctuations in market price and independent of the retail price of the final manufactured product. This ensures that producers receive a stable and agreed upon price every time. This is scrupulously monitored and audited by international Fairtrade systems to ensure that producers, farmers, workers and local communities are getting a fair deal.

What do farmers and producers use their profits for?

In addition to the minimum price, farmers and producers receive a social premium to enable them to invest in their communities.

This money is used to support building community centres, schools, roads and many other community projects. Crucially, it is the farmers and workers themselves who decide what to spend this money on.

How much of a product's ingredients need to be Fairtrade for it to be certified?

‘For a product to carry the FAIRTRADE Mark on the front of its packaging, any ingredient that can be Fairtrade must be traded on Fairtrade terms. For a chocolate bar this means 100% of the volume of cocoa and sugar (and any other eligible ingredient) must have been purchased on Fairtrade terms, which includes additional Fairtrade premiums paid to farmers of $200 per tonne of cocoa and $60 per tonne of sugar, which they invest in programmes to improve their own lives and local communities.’

How do we know a product is from a Fairtrade producer?

‘For most Fairtrade products including bananas, other fresh fruits, coffee, flowers, nuts, rice, spices and more, a review of UK trading standards in 2009 introduced new, stronger rules into the Fairtrade system, requiring these products to be physically traceable. This means they must be labelled and kept separate at every stage of their journey from the farmers groups to the shop shelves.

The Fairtrade Foundation’s trading standards have stipulated strong rules to require products to be physically traceable from their point of origin to the shop shelves. The rules stipulate that they must be clearly labelled and kept separate from other non-fair trade products during their journey.

This is easily done for such items as bananas, coffee and flowers, to name but a few.’

What do all these labels and symbols mean?

Find out by clicking HERE

These articles were drawn from the Scottish Fair Trade Forum website

This website uses cookies to improve your experience while you navigate through the website. Out of these cookies, the cookies that are categorized as necessary are stored on your browser as they are essential for the working of basic functionalities of the website. We also use third-party cookies that help us analyze and understand how you use this website. These cookies will be stored in your browser only with your consent. You also have the option to opt-out of these cookies. But opting out of some of these cookies may have an effect on your browsing experience.
Necessary Always Enabled
Necessary cookies are absolutely essential for the website to function properly. This category only includes cookies that ensures basic functionalities and security features of the website. These cookies do not store any personal information.
Non-necessary
Any cookies that may not be particularly necessary for the website to function and is used specifically to collect user personal data via analytics, ads, other embedded contents are termed as non-necessary cookies. It is mandatory to procure user consent prior to running these cookies on your website.
SAVE & ACCEPT